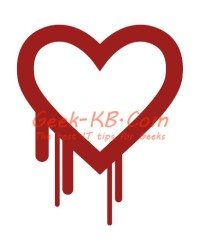 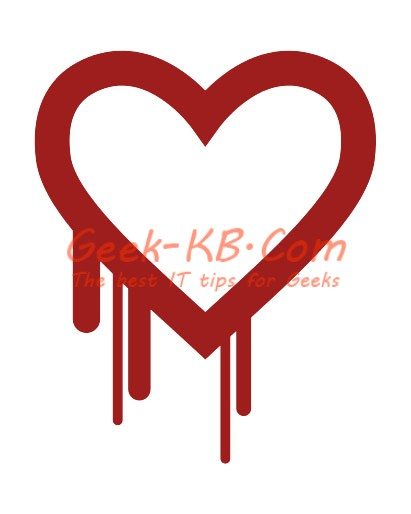 Recently, a serious vulnerability has been discovered in the very popular OpenSSL cryptographic software library known as the heartbleed bug.
This weakness allows a malicious user to steal information protected, under normal conditions, by the SSL/TLS encryption used to secure the Internet.
Transport Layer Security (TLS) and its predecessor, Secure Sockets Layer (SSL), are cryptographic protocols which are designed to provide communication security over the Internet including email, web, instant messaging and some virtual private networks (VPNs).

The best video explanation we have seen:

The heartbleed bug is manifested by sending a malformed heartbeat request to the server in order to elicit the server’s response, which normally consists of the same data buffer that was received. Due to a lack of bounds checking, the affected versions of OpenSSL did not verify the validity of the heartbeat request size, permitting attackers to read an arbitrary size of server memory.
By reading an arbitrary block of the web server’s memory, attackers might receive sensitive data, compromising the security of the server and its users. Vulnerable data include the server’s private master key, which would enable attackers to decrypt current or stored traffic via passive man-in-the-middle attack (if perfect forward secrecy is not used by the server and client), or active man-in-the-middle if perfect forward secrecy is used. The attacker cannot control which data are returned, as the server responds with a random chunk of its own memory.
The bug might also reveal unencrypted parts of users’ requests and responses, including any form post data in users’ requests, session cookies and passwords, which might allow attackers to hijack the identity of another user of the service. At its disclosure, some 17 percent or half a million of the Internet’s secure web servers certified by trusted authorities were believed to have been vulnerable to an attack.

What to do now?

If you are a part of a social network, have a mail account, use internet services, view your financial services online or basically using the internet, you have to do something, we suggest changing password. even better, you can find the list bellow with any internet site you have an account with – and see our recommendation for your next steps.

If you are in the enterprise administration level:

Basically, as long as the vulnerable version of OpenSSL is in use it can be abused.
Fixed OpenSSL has been released and now it has to be deployed. Operating system vendors and distribution, appliance vendors, independent software vendors have to adopt the fix and notify their users. Service providers and users have to install the fix as it becomes available for the operating systems, networked appliances and software they use.

Check if your site is vulnerable by using one of these sites:
https://filippo.io/Heartbleed/
https://www.ssllabs.com/ssltest/
https://heartbleed.criticalwatch.com/
https://lastpass.com/heartbleed/

If you’re an end user: [or in other words, using the internet]

It is recommended to change the passwords that you used to access sites since the release date of the bug (Monday 04-07-14) and it is possible that some companies will contact you asking you to change your password – allow them.

Here’s a list of sites and they’re vulnerability status to the Heartbleed bug:

All the banks we contacted (see below) said they were unaffected by Heartbleed, but U.S. regulators have warned banks to patch their systems.