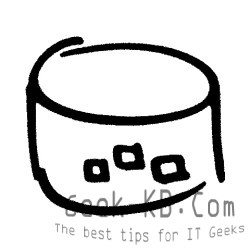 MySQL is an open source database management software that helps users store, organize, and retrieve data. It is a very powerful program with a lot of flexibility—this tutorial will provide the simplest introduction to MySQL

How to Install MySQL on linux: Ubuntu and CentOS

If you don’t have MySQL installed on your droplet, you can quickly download it.

Once you have MySQL installed on your droplet, you can access the MySQL shell by typing the following command into terminal:

After entering the root MySQL password into the prompt (not to be confused with the root droplet password), you will be able to start building your MySQL database.

Two points to keep in mind:

How to Create and Delete a MySQL Database

MySQL organizes its information into databases; each one can hold tables with specific data.

You can quickly check what databases are available by typing:

Creating a database is very easy:

In this case, for example, we will call our database “events.”

In MySQL, the phrase most often used to delete objects is Drop. You would delete a MySQL database with this command:

Once we have a new database, we can begin to fill it with information.

The first step is to create a new table within the larger database.

Let’s open up the database we want to use:

In the same way that you could check the available databases, you can also see an overview of the tables that the database contains.

Since this is a new database, MySQL has nothing to show, and you will get a message that says, “Empty set”

How to Create a MySQL Table

Let’s imagine that we are planning a get together of friends. We can use MySQL to track the details of the event.

This command accomplishes a number of things:

Let’s take a look at how the table appears within the database using the “SHOW TABLES;” command:

We can remind ourselves about the table’s organization with this command:

Keep in mind throughout that, although the MySQL command line does not pay attention to cases, the table and database names are case sensitive: potluck is not the same as POTLUCK or Potluck.

How to Add Information to a MySQL Table

We have a working table for our party. Now it’s time to start filling in the details.

Use this format to insert information into each row:

Once you input that in, you will see the words:

Let’s add a couple more people to our group:

We can take a look at our table:

How to Update Information in the Table

Now that we have started our potluck list, we can address any possible changes.

For example: Sandy has confirmed that she is attending, so we are going to update that in the table.

You can also use this command to add information into specific cells, even if they are empty.

How to Add and Delete a Column

We are creating a handy chart, but it is missing some important information: our attendees’ emails.

We can easily add this:

This command puts the new column called “email” at the end of the table by default, and the VARCHAR command limits it to 40 characters.

However, if you need to place that column in a specific spot in the table, we can add one more phrase to the command.

Now the new “email” column goes after the column “name”.

Just as you can add a column, you can delete one as well:

I guess we will never know how to reach the picnickers.

How to Delete a Row

If needed, you can also delete rows from the table with the following command:

For example, if Sandy suddenly realized that she will not be able to participate in the potluck after all, we could quickly eliminate her details.

Notice that the id numbers associated with each person remain the same.

In this article we’re teach you how to Install and Configure Cacti on CentOS/RHEL 6. Table of Contents Some info from Wikipedia:System Requirements:The steps are as follows:Let’s Begin!Step 1 – Install the Cacti software on CentOS/RHELStep 2 – Configure MySQL serverStep 3 – Create the Cacti MySQL database:Step 4 – Create a user called ‘cacti’ […]

How To: Install CentOS 6.4 step by step with screen shots in 16 steps

How To: Install SVN on Linux CentOS/RHEL 6.x

This tutorial will  show you how to install subversion server (SVN) step by step and publish it in Apache in CentOS/RHEL Linux. So first, a quick wiki: Apache Subversion (often abbreviated SVN, after the command name) is a software versioning and revision control system distributed as free software under the Apache License.[1] Developers use Subversion to maintain current and historical versions of files such as source code, […]